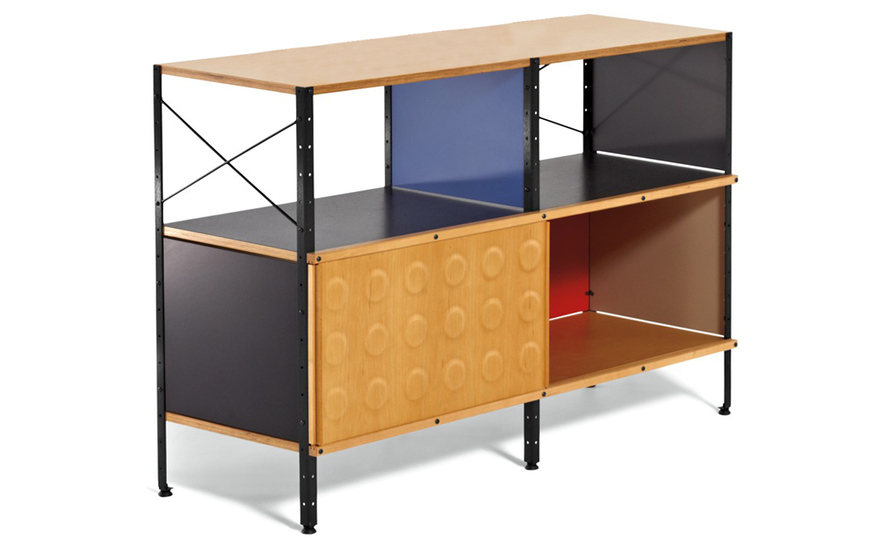 "Recognizing the need is the primary condition for design."
-Charles Eames

Eames Storage Units are emblematic of the grace and whimsy Charles and Ray Eames used in designing home furnishing solutions.

A result of work they had done for a 1949 exhibition at the Detroit Institute of Arts, Eames Desk Units and Storage Units reveal the "machine aesthetic" and Japanese influences important to the Eameses at the time. Long before "modularity" and "high tech" entered the language, Charles and Ray combined standardized parts in many ways to create practical furnishings that suit a variety of uses at home and the office.

Eames Storage Units are composed of cases, cabinets, and drawers in five configurations and four sizes. Uprights, cross-supports, and perforated panels are either zinc-coated or black steel; cabinet fronts are dimpled plywood; drawer fronts and shelves are molded plywood; case side and back panels are painted hardwood. Available in your choice of two color schemes: neutrals or brights.