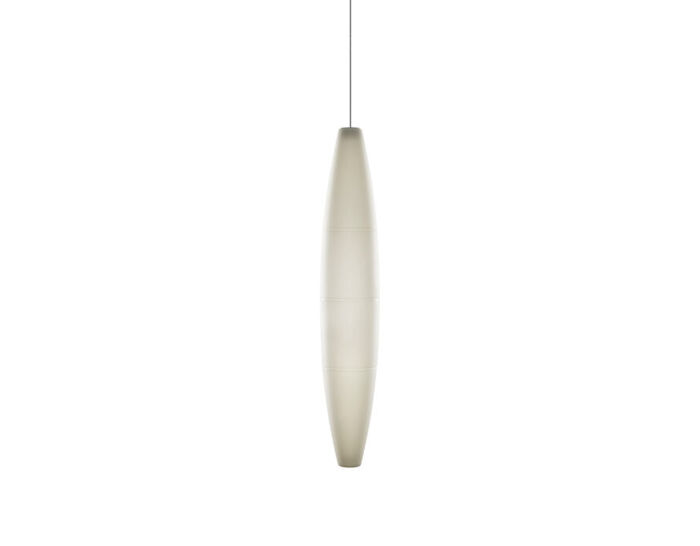 The young, light-weight appearance recalling the shape of a cigar, which ironically gives it its name, the soft light that it emits and the ease with which it blends in with the most varied contexts, have made it the great success that it is today, so much so that it is also part of the permanent collection on exhibit at the New York MoMA.

The outdoor version of Havana consists of a single polyethylene body with signs that recall its division into four segments, a division which distinguished the design of the indoor version of Havana. Diffuser support made of polyester powder-coated zamak. Electrical cable is covered in neoprene for outdoor use, mounting disk for J-box is included. Cable length of 400" L is also available, please call the hive showroom to specify.