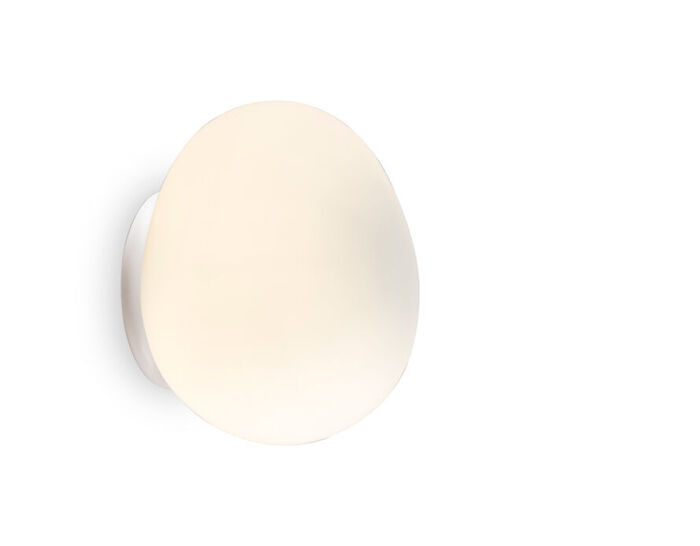 A product of natural inspiration and extensive research, Gregg's shape is reminiscent of a large pebble, its surface polished by the water. It could even be seen as the egg of some mythological beast, a symbol of creation and re-birth. Made with an acid-etched glass shade and frame in various finish options, to blend in seamlessly with any setting and create free compositions. Affording a multitude of possibilities, for a dual emotion: by day with an organic and pure shape, at night with a warm luminosity. Decorative and lighting at the same time, the Outdoor Gregg wall/ceiling light is ideal for a host of different situations: a covered terrace, a garden gazebo or a patio, but also an outdoor living area, expressing a lifestyle in pursuit of a new, refined relationship between design, natural and architecture.

Ludovica + Roberto Palomba are a group of architects and designers based in Milan, Italy. They primarily deal with architecture, industrial design, exhibit design, art direction, communications and marketing consulting.

Please note: The outdoor version is hardwired and does not come with a plug.