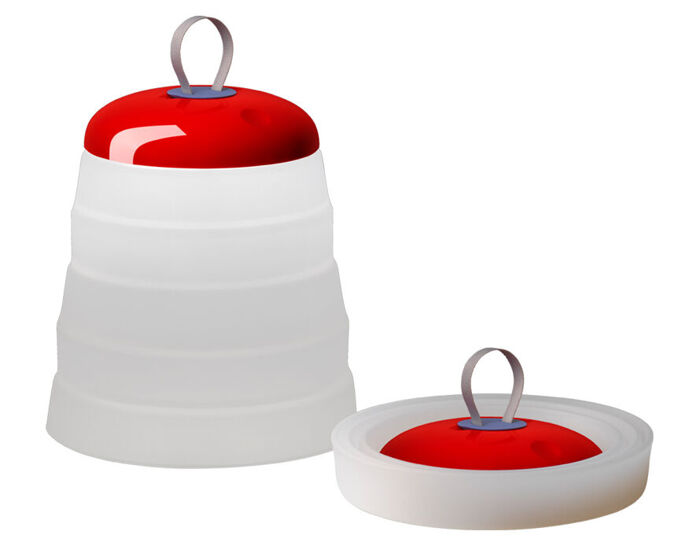 A day trip to the country. Chirping cicadas. A picnic - a checkered tablecloth on the grass. This is the festive, relaxed atmosphere summoned up by Cri Cri: a wireless lamp with an internal rechargeable battery, to hang up or set down anywhere - outdoors or indoors.

As industrial and graphic designers, Studio Natural have built up wide experience, spacing from exhibit to product design through graphic and web communication. These different spheres share a common root, which is design as an application of a creative process.