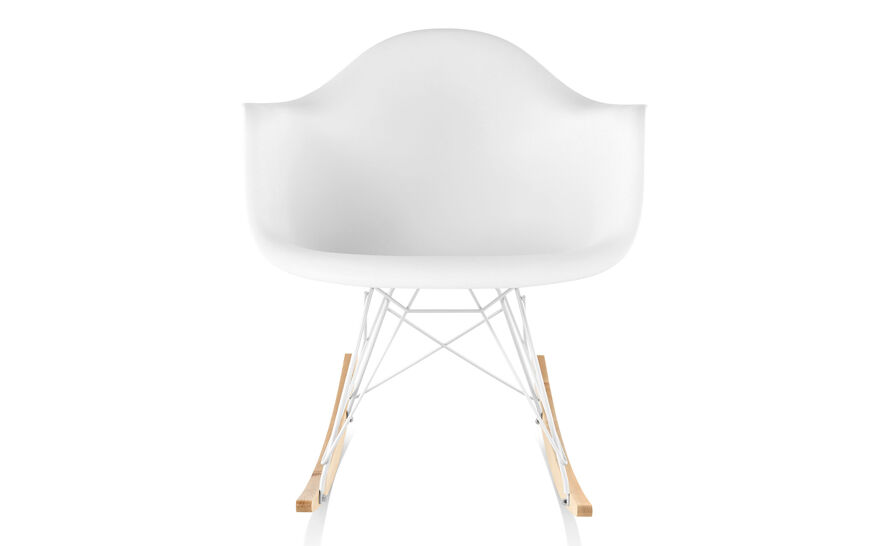 New materials, especially those that held promise for doing more with less, fascinated the Eameses thoughout their careers. Plastic was no exception. they saw in it the chance to form organic seat shells that conform to the body's shape. The Eameses adapted manufacturing techniques developed during World War II to mass-produce this design in side and armchair versions. As they typically did, the Eameses required that materials be expressed honestly and unselfconsciously so these were the first one-piece plastic chairs offered without upholstery or covering. Their enduring design and quality construction make them durable performers in many environments.