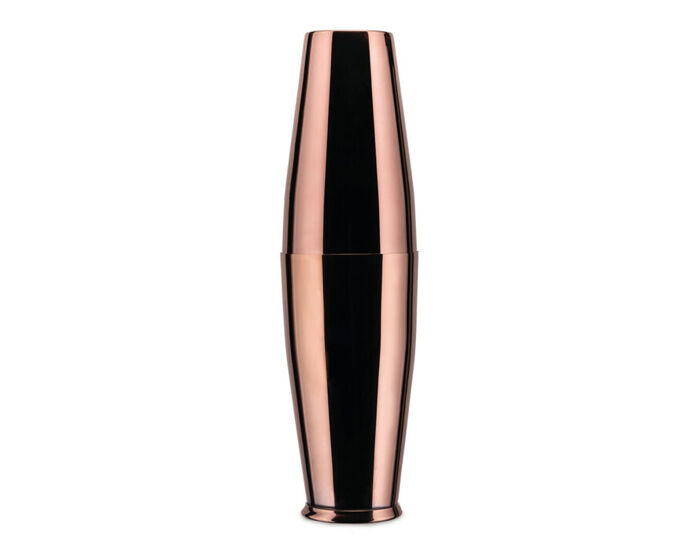 Design meets the art of making cocktails: a blending that will set free your inner barman. A professional collection that brings together functionality and elegance. The 5050 shaker is a reinterpretation of the classic American shaker, an essential among the tools of the bar set. Includes two steel glasses, it smoothes the rapid and agile movement of the mixologist, even of the less experienced ones.

Born in Innsbruck, Ettore Sottsass is known around the world as one of the initiators of the revolution in architecture and design which led away from rigid functionalism. A great and influential master of Italian design, the energy of his language and the vitality of his color and line contrast sharply with any intellectualism and rigidity.