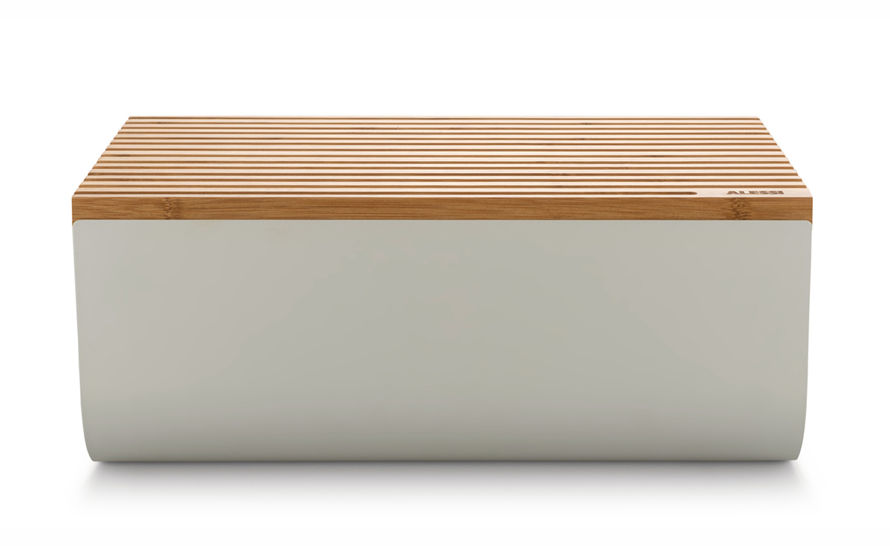 The Big-Game design studio proposes a multi-purpose object designed to accompany a daily gesture, the consumption of bread, enhancing its ritual and convivial nature. Mattina is more than just a bread box, it is a container with a lid that is a practical chopping board designed for slicing bread in the best way possible without spreading crumbs across the table. It is a versatile object that can also be used to serve breakfast.