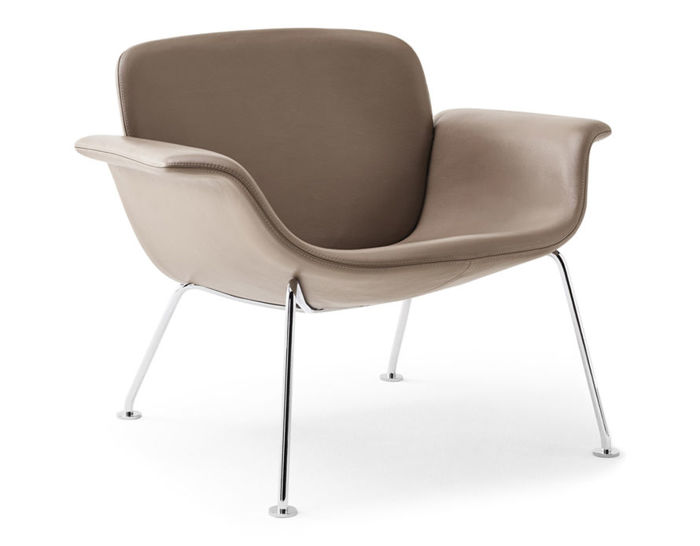 "I wanted to reflect the modernist spirit of Knoll... the designs are minimal, providing exceptional comfort capable of elevating any interior and creating a moment for relaxation." -Piero Lissoni

The KN04 is a compact lounge chair gracefully supported by 4 metal legs that navigates seamlessly between residential and workplace applications. KN has a sophisticated spirit that looks to the future, while at the same time paying tribute to the great designs of the past. The collection is available with a polished chrome, charcoal or black base as well as a selected range of fabric or leather.