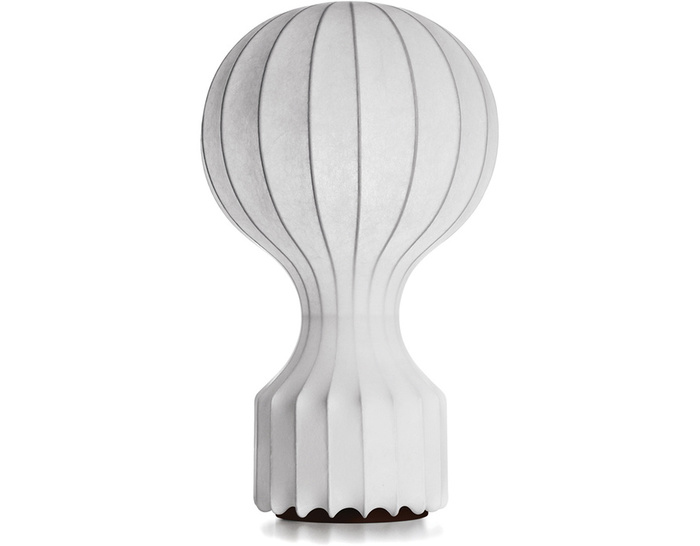 An impressive and 'out of this world' design, the Gatto and Gatto piccolo provide a warm glow and stylish appeal to any environment. The Gatto cocoon lamp features a white, powder-coated metal frame which is then sprayed with a unique 'cocoon' resin to create the diffuser. It is then protected by a transparent finish. This technique and use of material was first popularized by George Nelson and his 'Bubble' lamps.