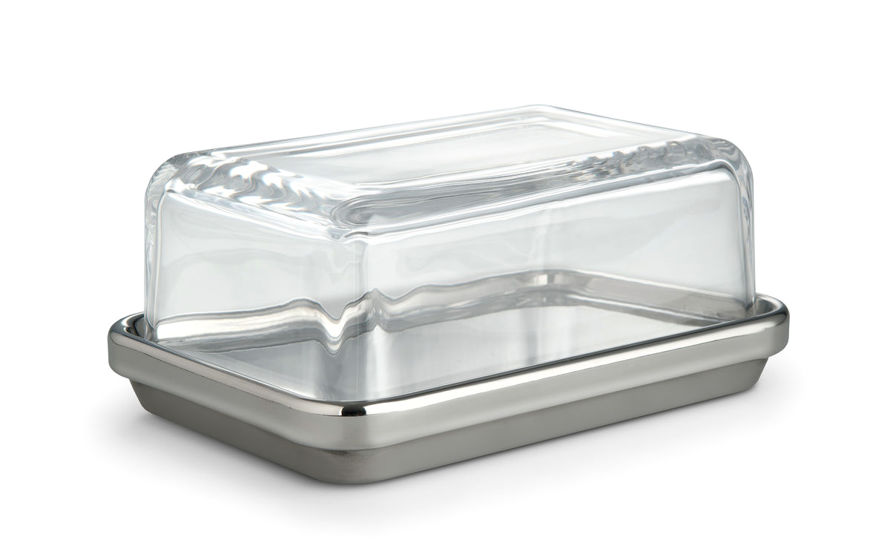 Ettore Sottsass' elegant butter dish has managed to turn an average vessel into a feature piece at the table. The ES03 butter dish features an 18/10 stainless steel dish with a glass cover.

Born in Innsbruck, Ettore Sottsass is known around the world as one of the initiators of the revolution in architecture and design which led away from rigid functionalism. A great and influential master of Italian design, the energy of his language and the vitality of his color and line contrast sharply with any intellectualism and rigidity.