by Marcel Wanders, from Flos 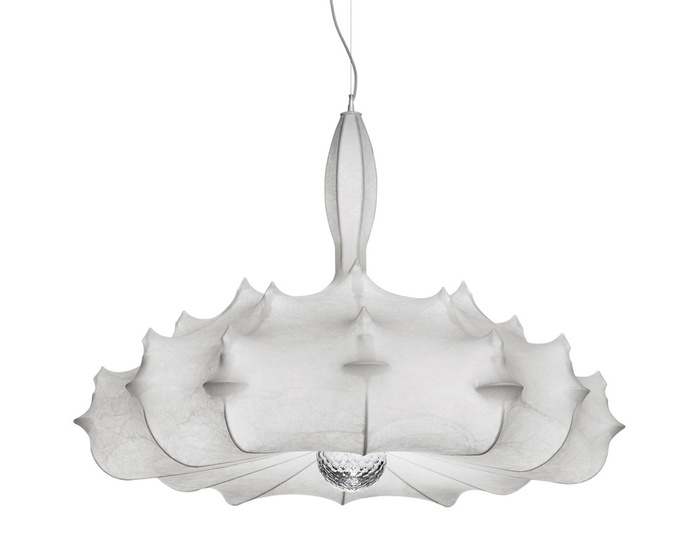 An elegant classic with a modern twist. Brought to you by Elle magazine's 2006 International Designer of the Year, Marcel Wanders' Zeppelin brings true the definition of a modern classic. The classic chandelier which is of a white powder-coated steel with trasparent 'candles', is sprayed with a unique 'cocoon' resin to create the diffuser. A faceted crystal globe is also included at the lower center for a sparkle effect. This technique and use of material was first popularized by George Nelson and his 'Bubble' lamps and later used by Achille Castiglioni.

Marcel Wanders' fame started with the iconic Knotted chair in 1996. He is now designing for renowned manufacturers and his work is part of all major design collections around the world. In 2003 he was selected as one of the most important European leaders of change by Newsweek.