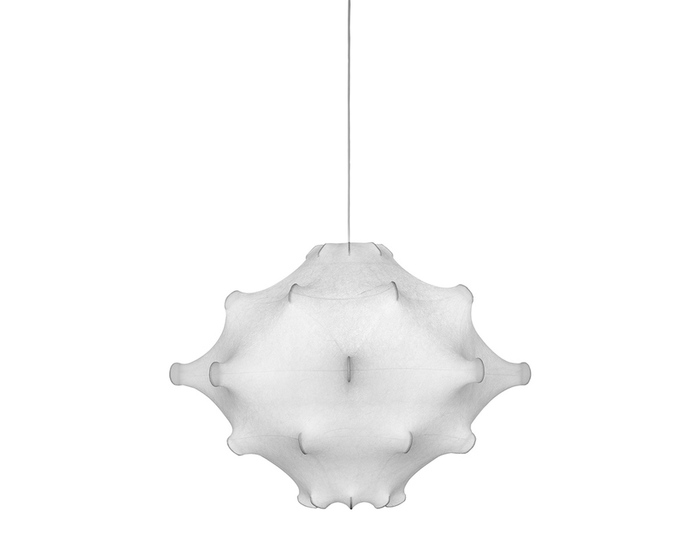 An impressive and 'out of this world' design, the Taraxacum or 'dandelion' provides a warm glow and stylish appeal to any environment. The Taraxacum cocoon lamp features a white, powder-coated metal frame which is then sprayed with a unique 'cocoon' resin to create the diffuser. It is then protected by a transparent finish. This technique and use of material was first popularized by George Nelson and his 'Bubble' lamps.

Achille Castiglioni's imaginative forms and simplistic designs have made him one of the most influential figures in Italian design.

Available in your choice of two sizes and includes 8' cord.