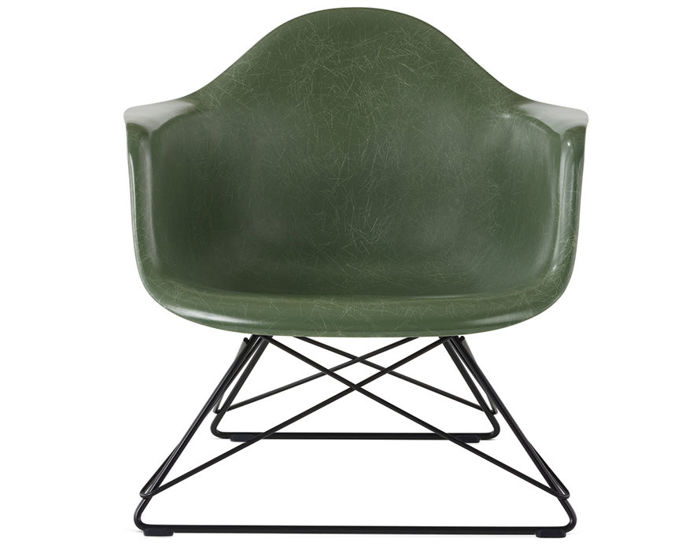 The seat and back are formed of molded fiberglass with waterfall edges on a low wire base. Also available with a seat pad or fully upholstered. Offered with standard plastic glides in specified colors.