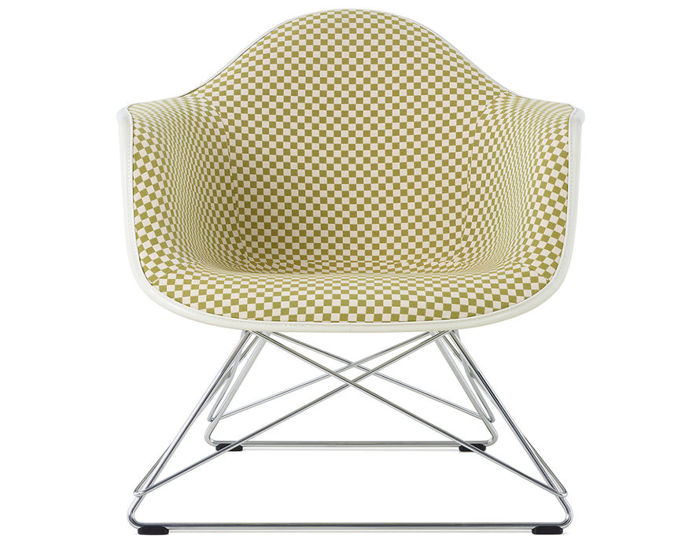 The Eames molded chairs offer a flexible and comfortable seat with a variety of base options. Available in your choice of materials and colors, which are permeated through the material so they remain vibrant even after years of hard use. The molded plastic seats are produced of ecologically friendly, recyclable polypropylene. The Molded fiberglass seats use monomer and VOC-free resin and glue, a molding process that all but eliminates hazardous airborne compounds and is fully recyclable.

The seat and back are formed of molded plastic or fiberglass with waterfall edges on a low wire base. The upholstered chairs come affixed to Eames Molded shells. Chair is offered with standard plastic glides in specified colors.