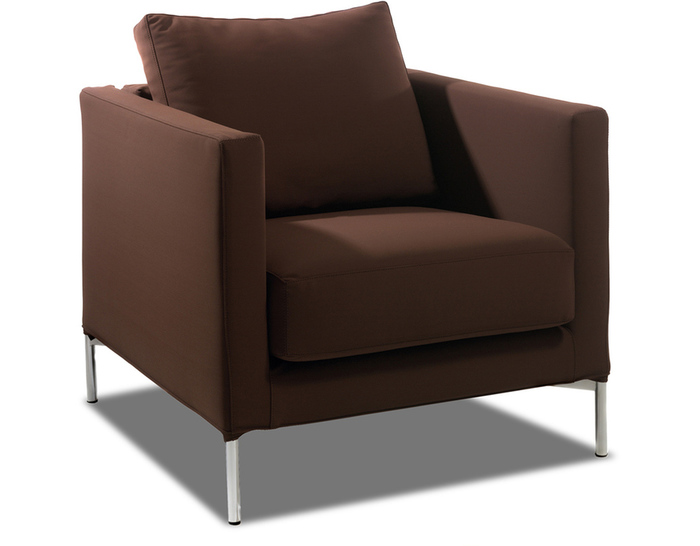 Clean lines and exceptional comfort characterize the Divina lounge collection from Italy's Piero Lissoni. Soft and inviting, Divina appears to float in mid-air, with razor-thin legs supporting the chrome-plated steel frame. Cushions lie flush on the frame with generous armrests that fully enclose each side of the lounge. The collection features a lounge chair in standard and petite versions, as well as a settee and sofa. Divina's elegant and classic lines, combined with comfort, are ideal for any contract or residential application.