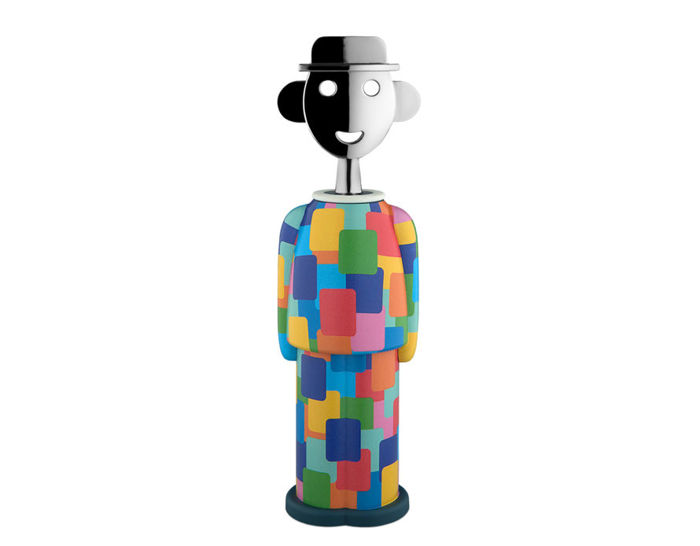 Alessandro M., the corkscrew designed by Alessandro Mendini in 2003, is the object/creature that has brought to life unique characters over the years, in limited editions. Alessandro M. - Groningen is a tribute to the creator on the occasion of the 25th anniversary of one of his biggest architectural projects: the Groninger Museum. Alessandro M. wears the multicolored clothes, with a pointillist vibe, reminiscent of the facades of the Dutch museum of the same name.

The Alessandro M. corkscrew is the self-portrait of its creator, Alessandro Mendini. The creation of a character capable, with continuous transformations, of fitting gracefully into the design scenario was far from easy. Groningen is a limited edition, hand-decorated corkscrew made of thermoplastic resin and chrome-plated zamak.