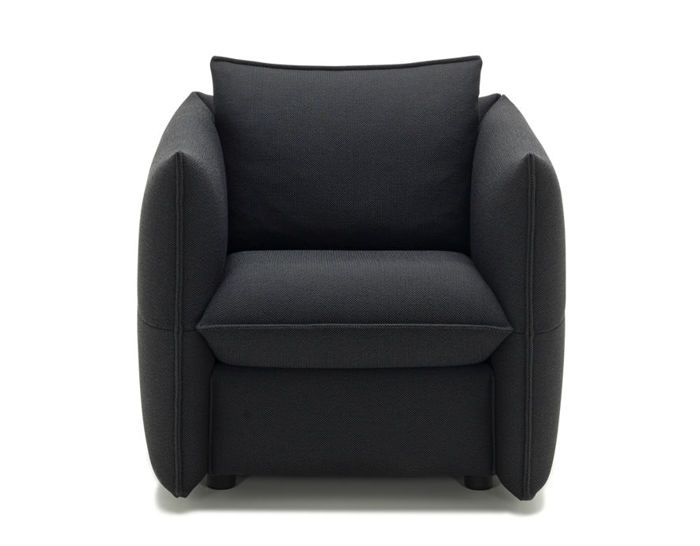 The Mariposa Club collection is suitable for smaller urban living spaces and for lounge and hospitality settings. The slimline body of both the sofa and armchairs offers maximum seating comfort, while the compact dimensions take up limited space. Mariposa Club epitomizes a design philosophy that seeks quality and expressive flair in a condensed format.

Unlike the other sofas of the Mariposa family, the Mariposa Club Sofa and armchairs do not have adjustable side panels and backrests. However, despite smaller dimensions, they echo the design of their larger counterparts, offering pleasantly soft upholstery and a high degree of comfort. The covers come in a wide selection of colors and fabrics, allowing for numerous individualization options.

Designed for the Mariposa family, the two round ottomans of different sizes also match the soft contours of the Mariposa Club family.