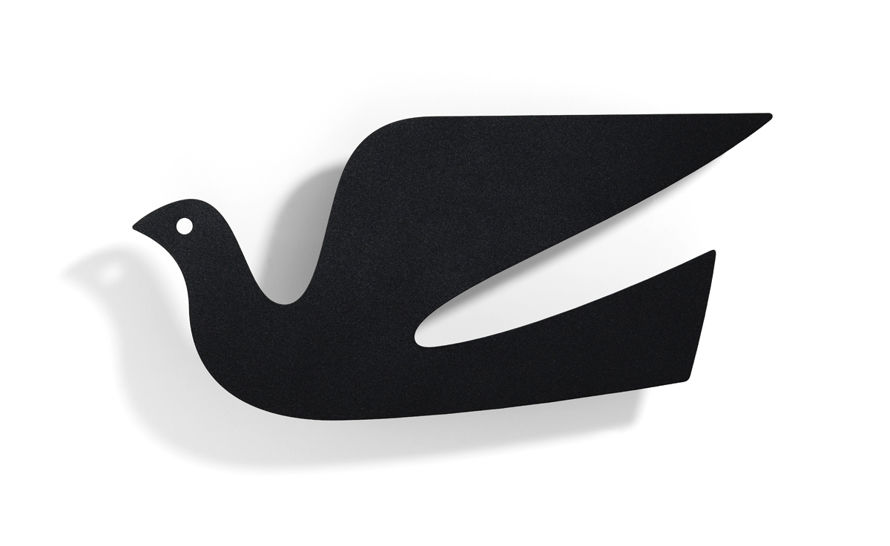 Girard devoted the same level of attention to every visible surface in an interior. Ceilings, walls and floors were treated with great care and coordinated with the moveable objects in the room. The Metal Wall Reliefs are decorative examples of wall decorations created for The Compound restaurant and his own house in Santa Fe. Selected in cooperation with the Girard family, the Sun and Heart motifs are made of robust metal materials.

The Metal Wall Relief Dove is made of powder-coated sheet metal, including the assembly materials.