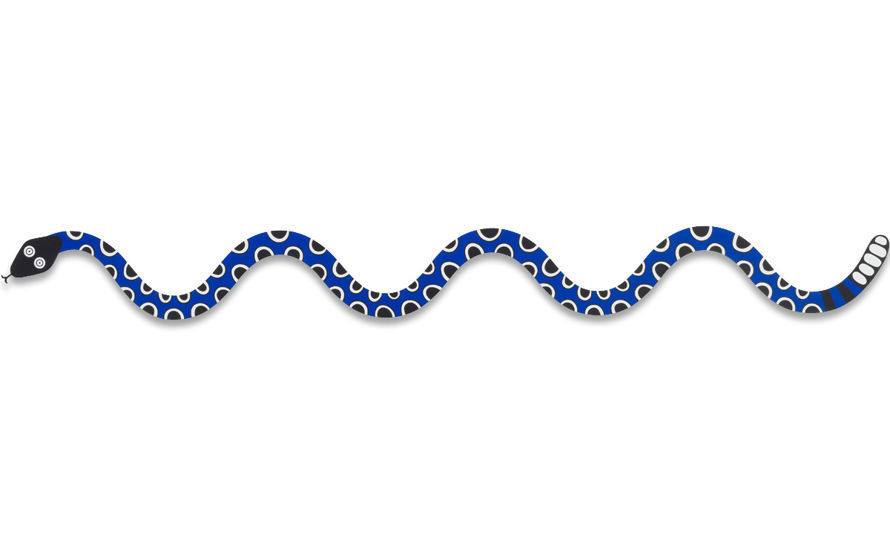 Alexander Girard designed the Magic Snake motif for his exhibit of folk art at the International Exposition 'HemisFair '68' in San Antonio, Texas. The snake appeared as a decorative element on the facade of the 'Magic of a People' pavilion and also in the accompanying exhibition catalogue. The Metal Wall Relief Magic Snake is crafted from robust metal and has a colourful powder-coated finish.