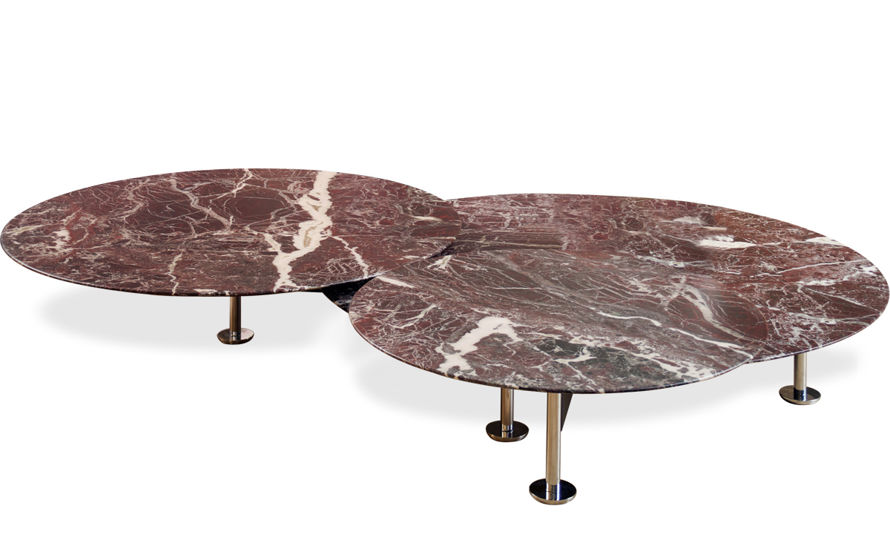 "Grasshopper borrows its name from the animal that has six precision tools for legs. Here there are four, equally long, incredible and perfectly functional. Above them sits a top that is so thin that it looks [as if it is] able to lift and take to the air. An object that is so weightless and compact that it works perfectly with all the chairs of the Knoll range." -Piero Lissoni

The Grasshopper table collection consists of a series of high and low tables which boast a clear, geometric aesthetic and visual weightlessness, characteristic of Lissoni's refined, easily adaptable and versatile style. Available as a single table, or two- and three-table sets, the Grasshopper Low Tables bring simple or dynamic sophistication to any space.

* Polished chrome-plated or powder coated high performance alloy steel base
* Laminate and Marble tops have a beveled edge
* Glass is back-frosted extra clear tempered glass with rounded edge
* On two- and three-top tables, each top can be specified in different finishes
* One- and two-top tables are fixed (please call to specify these configurations)
* On three-top table, the two larger tops are fixed and do not move, the smallest top swings 90 degrees


$4,480.00 + free shipping
(please allow 8-12 weeks for this special product to be created and shipped to your location)