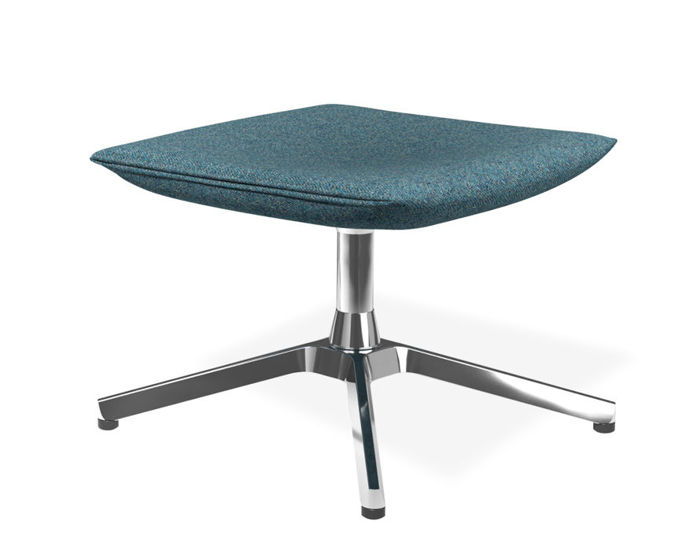 This ottoman pairs with the Pilot collection by Knoll, an innovative swivel lounge chair that marries visual and material lightness with exceptional comfort. The ottoman offers the same refined silhouette and essential, timeless appeal as the accompanying lounge.