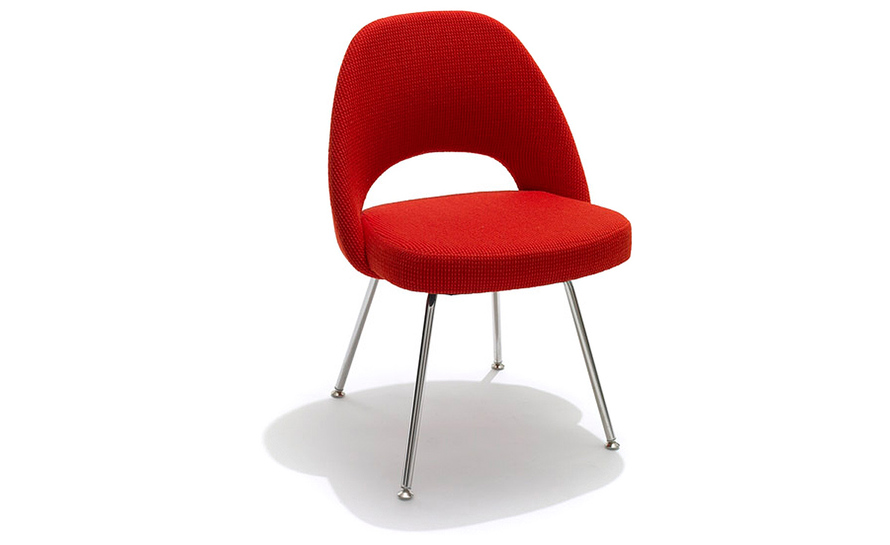 In his groundbreaking collection of 1957, Eero Saarinen transformed executive seating into a fluid, sculptural form. Recognizing the importance of user comfort, Saarinen became the first to construct a chair shell from fiberglass, a pliable material that flexes in response to body weight. The chair is available with and without arms, and features metal or wood legs, or a swivel base.