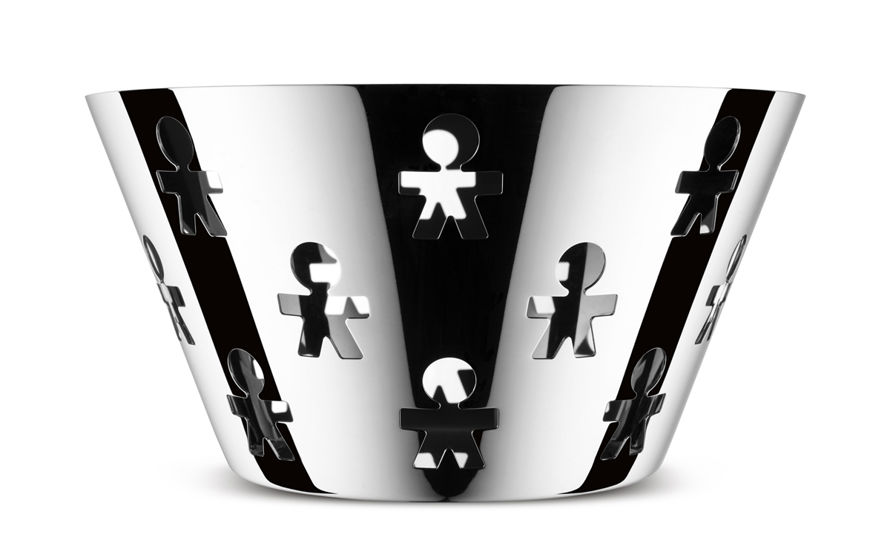 The cartoon men created by the King-Kong team are a symbol and icon of mirror polished design based on the use of "affective codes", so much so that they are one of its most oft-cited examples. The "standing men" have appeared on objects from the farthest corners of Alessi tradition, like trays and baskets, and then they multiplied, invaded and conquered other groups of objects - and not just in the kitchen and at the table.

From 1985 up to 1989, King-Kong has been the name adopted by the architects Stefano Giovannoni and Guido Venturini, creators of an elementary, playful cartoon language which made its mark on design in the early 90s.