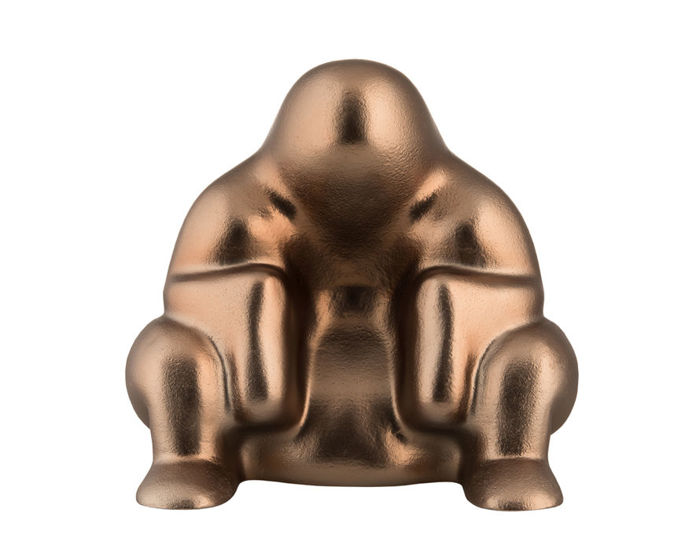 Dede is a perfect example of Philippe Starck's poetry. An expressive and functional object: a doorstop, whose evocative form becomes a familiar presence during the day.

"Dede is waiting. But what for? Life? Love? In the meantime, he opens and closes doors. Like me." With these words Philippe Starck describes the Dede doorstop, an object with an extraordinarily poetic yet functional shape. Originally presented in 1996 and produced in die-cast aluminum, in 2019 Dede is proposed in a new version in brightly colored plastic, a decidedly Pop reinterpretation desired by Starck himself.

Born in Paris in 1949, he is one of the most original and creative designers of our time. He has obtained many important acknowledgements such as the Grand Prix National de la Création industrielle and the Honor Award of the American Institute of Architects, he considers himself as "a Japanese architect, an American art director, a German industrial designer, a French artistic director, an Italian furniture designer".

based on 1 reviews
average rating: 3