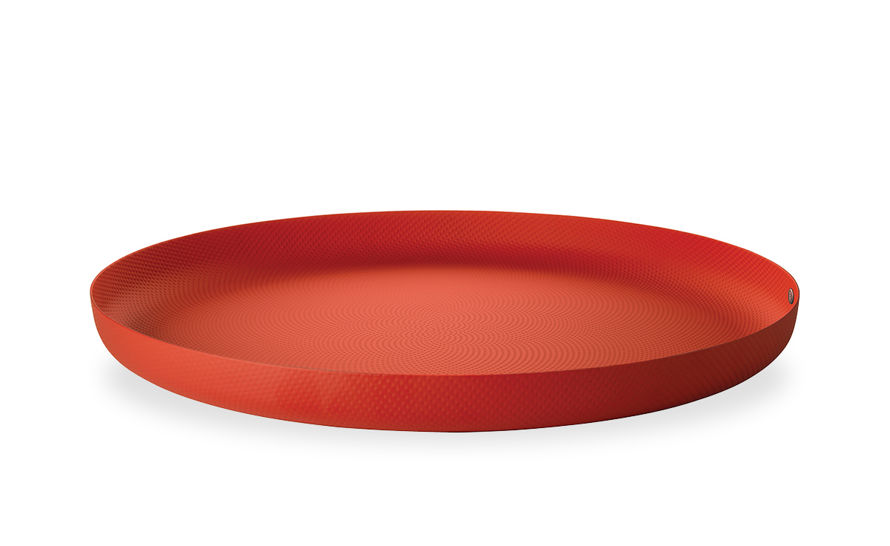 The Extra Ordinary Metal collection combines Alessi's historic production experience with elements of Italian culture, to explore new possible definitions of metal surface. Brass was chosen to interpret, from an industrial point of view, a refined and ancient goldsmith's technique that is the Etruscan Granulation. Obtained through a cold drawing of the brass, it creates a rich interaction with light, a kind of luminous skin capable of exalting both complex shapes and pure, neutral lines. The 'grain' arrangement follows a geometric sequence generated by the succession of Fibonacci, an Italian mathematician who for first translated the golden logic of classical proportions into numbers. This principle, that regulates the balance of Nature, expresses timeless compositional harmony and becomes the extra-ordinary author of this project.