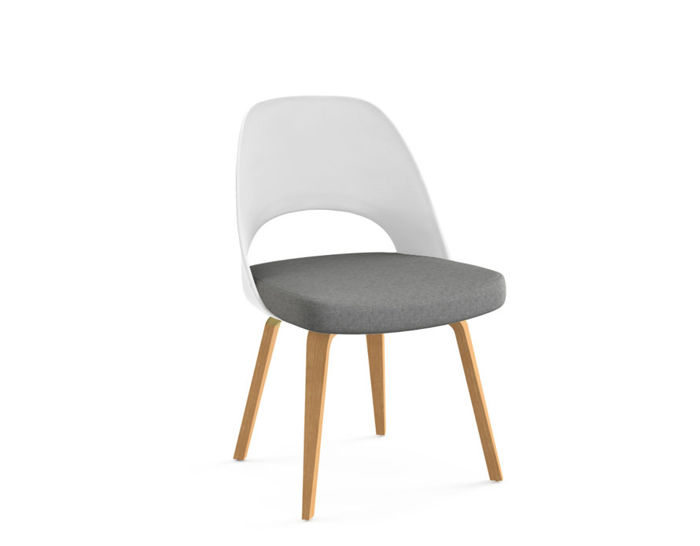 In his groundbreaking collection of 1957, Eero Saarinen transformed executive seating into a fluid, sculptural form. Recognizing the importance of user comfort, Saarinen became the first to construct a chair shell from fiberglass, a pliable material that flexes in response to body weight. This chair is available without arms, and features solid steam bent oak legs with a clear or stained finish. The armless, plastic back version, is ideal for public or private applications.

The molded polypropylene plastic back has a slight texture and is offered in a variety of colors. The wood legs are solid steam bent oak with a clear or stained finish. Urethane foam cushion with your choice of seat upholstery. Also available with tubular legs.


$1,390.00 + free shipping
(please allow 6-8 weeks for this special chair to be created and shipped to your location)