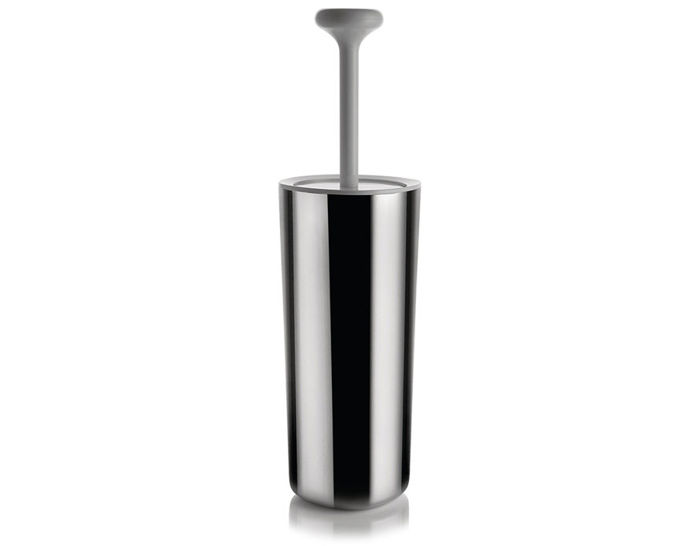 Designed by Piero Lissoni, Birillo is part of the family of objects for the bathroom. The balance between the minimal shape and the used materials is the main characteristic of this project. The entire range of product is minimal and essential thanks to its rectangular shape and very well finished with it's rounded edges. The objects are simple but never dull. True to the minimalist style that characterizes all his work, Piero Lissoni has designed this line of bath products, starting from a classical form. The Birillo toilet brush is offered with a white PMMA handle and trim with 18/10 mirror polished stainless steel.


$195.00 + free shipping
(in-stock items usually ship in 1-2 business days. Otherwise, please allow approximately 3 weeks for delivery.)
there are no reviews of this product yet.