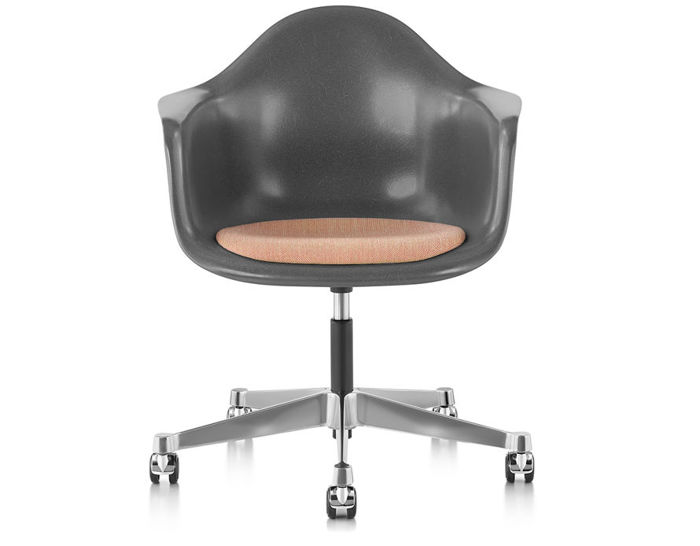 The Eames molded chair in both arm and side chair formats in fiberglass or plastic can be configured in a wide variety of base options. Offered without upholstery or with an array of trim, finely tailored Hopsak fabrics designed by Alexander Girard, Herman Miller's Textile Director from 1952 to 1973, round out the collection of shell customization options, fully restoring the integrity of the original 1953 shell chair offerings.

The Eames Task chair is an extension of the existing Eames Shell Chair Family, offering select shell and upholstery combinations on a five-star base. The arm shells are a single-piece molded plastic or fiberglass shell with waterfall edges and available upholstery options. Shell color and upholstery options mirror the existing Eames Molded Plastic and Fiberglass Arm Chair portfolio. Upholstery with textiles or leather for indoor use only. Optional seat pad comes affixed to the molded shell.