by Pierre Paulin, from Magis 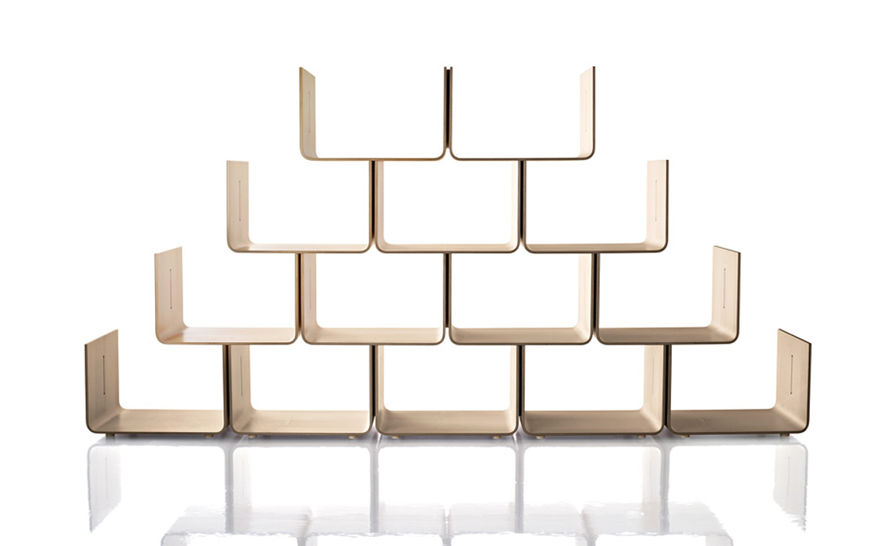 This shelving system is the second project by Pierre Paulin for Magis, which was launched on the market in 2009 as the low chair Flower, after a long project development started in 2003. In the 70s Pierre Paulin was commissioned to fit out the living, dining, smoking and exhibition rooms of the private apartments for the President Pompidou at the Elysée Palace. Starting from the project of a shelving system he designed on that occasion, Pierre Paulin later developped Elysée for Magis, a modular shelving system available in maple plywood (natural or stained black), allowing an endless series of compositions.

Elysee features maple plywood in natural or stained black. The T-shaped joint is made of ABS and the wall hooks are galvanized steel. Wall hooks have to be fixed only to the side modules of the composition. It is offered in 2 different compositions as pictured. Custom configurations can also be specified (please call for details).