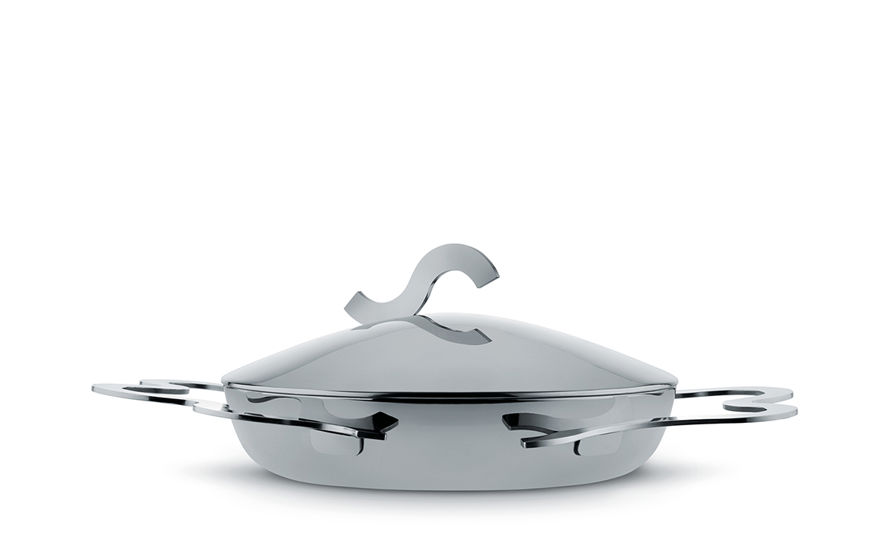 Tegamino reflects its function in its form: its silhouette is reminiscent of the shape of an egg, removed from its shell and waiting in the pan to be cooked. Made from trilaminate with a stainless steel lid, the Tegamino pan is ideal for cooking eggs efficiently, and even for special preparation methods like cooking in water. Its stylish design adds to the pleasure of eating eggs directly from the pan, a gesture that celebrates a simple but rich popular tradition, promotes conviviality and enhances the flavors of yesteryear.

Designed by Alessandro Mendini, with consulting by gastronomy expert Alberto Gozzi, the "Ovetto" pan satisfies the needs of cooking, serving and eating a simple and delicate food: eggs.