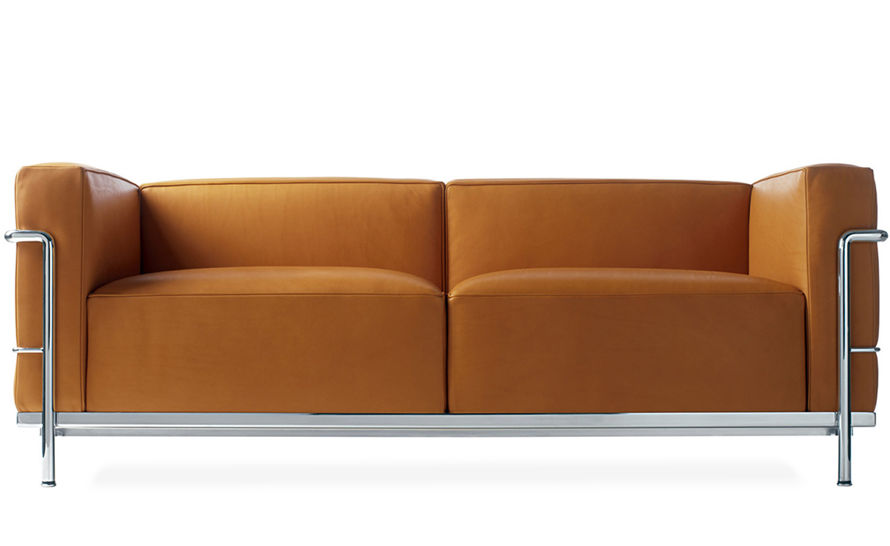 The "Cassina | Maestri" (Cassina Masters) collection includes some of the most important furniture created by leading figures in the Modern Movement, pieces which have since become landmarks in the evolution of contemporary design.

The amassment fosters the emergence of the absolute values of design, which transcend space and time, the content of which has never been explored, thus constituting a fundamental contribution to current design research. These pieces fit into contemporary furnishing schemes with the utmost naturalness, blending in as effortlessly as furniture designed this year.

The LC3 features four unconnected cushions, enclosed in a painted or chrome steel tube cage that constitutes the primary support system. The separation of the metal frame and the cushions expresses a rationalist approach to industrial production.

The LC3 collection consists of an armchair, two-seat and three-seat sofa. The collection features a polished chrome or painted steel frame in the LC color palette. The cushions can be specified with either dacron or feather padding and upholstered in fabric or leather with matching piping.