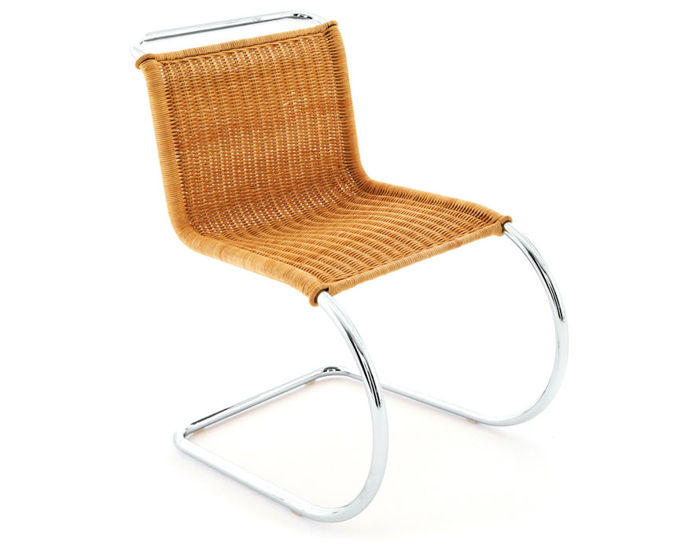 Reintroduced in 2018, the MR Chair with a rattan seat expands the Knoll MR Collection, which represents some of the earliest steel furniture designs by Mies van der Rohe. The frame material was inspired by fellow Bauhaus master Marcel Breuer, while the form is thought to be a modern derivative of 19th century iron rocking chairs. The MR Collection of tubular steel lounge furniture includes the MR chairs, chaise lounge, and adjustable chaise lounge.

The MR rattan chair features a handwoven natural cane seat protected with a clear lacquer finish (seat should be treated every three months with water & glycerin to prevent drying). Frame is polished chrome and includes four molded clear plastic glides with twin-pin snap-in construction. The KnollStudio logo and signature of Ludwig Mies van der Rohe are stamped on each piece.