by Jasper Morrison, from Cappellini - sale 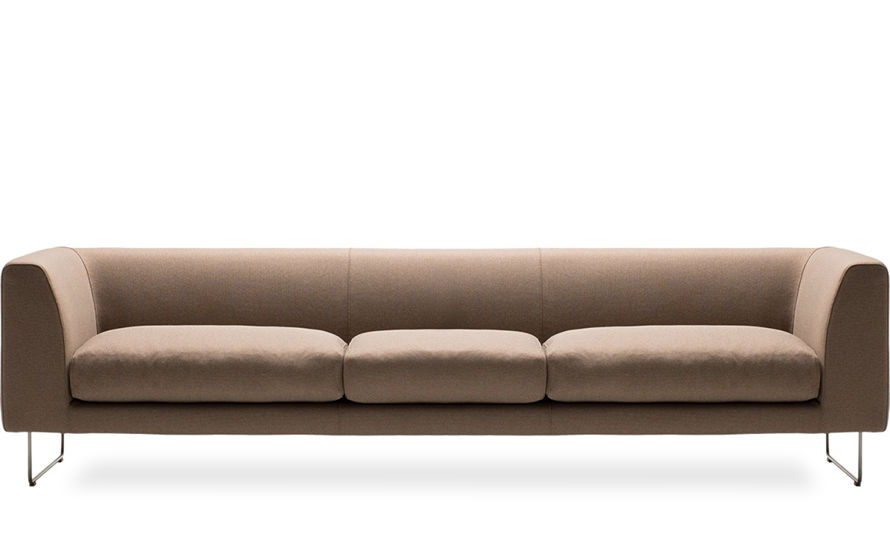 Elan's modular version is presented to celebrate 15 years of uninterrupted commercial success of this Italian sofa. Elan is a range of seating elements with frame in medium density conglomerate panels, solid fir, poplar plywood and metal frame with elastic belts. The new version extended its range with the possibility of angular composition and new ottomans. Padding in multi-density polyurethane foam or feather, the seat cushions are offered in polyurethane foam & fiber or feathers. The removable covers are offered in fabric or in leather. Legs in satin stainless steel with feet in grey polypropylene. Throw cushions shown in pictures are not included. The Elan collection is available in a variety of sizes and configurations.

Born in London, Jasper Morrison studied design at the Royal College of Art and at the HdK in Berlin. Editor of the Design Year Book in 1999 with a passion for the history of design. Morrison's objects provide a quiet contrast to the creative exuberance of the Eighties. The visual restraint, high functionalism and constructive simplicity attract attention to his work.

Born into a family of furniture manufacturers, Giulio Cappellini began working for the family company in 1979, after earning his degree in architecture and studying business management. By the early 1980's, Giulio's leadership brought the Cappellini company into the world market from its three decade run as a handicraft furniture business. Hoping to expand the styles and materials used, Giulio scouted designers, bringing Jasper Morrison, Ronan and Erwan Bouroullec, Marcel Wanders, Marc Newson, and Tom Dixon into the fold. Now, the firm boasts a varied, comprehensive collection rather than a singular style. Still, there are common threads: refined simplicity, dynamism, liveliness, humor.