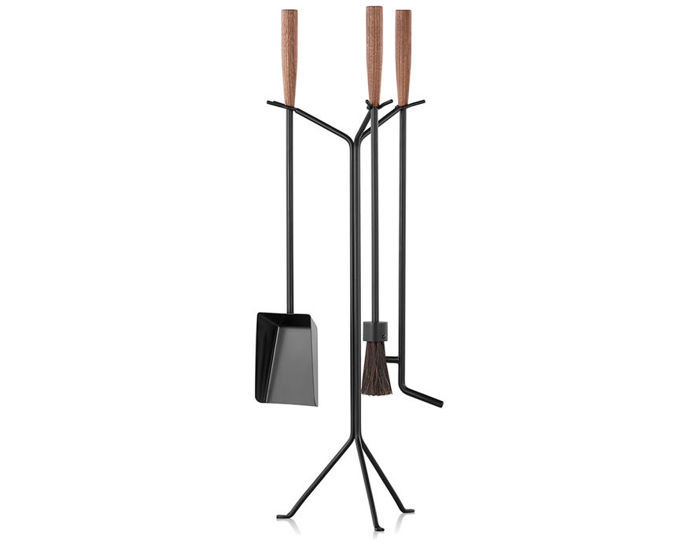 More than a set of useful accessories for tending your fireplace, the Nelson Fireplace Tools encapsulate George Nelson's ability to create objects that achieve a sense of timelessness through their inventiveness and quality. The set of tools includes a poker, shovel, brush and floor stand. Originally produced in 1951 using cast iron with polished birch handles, these pieces have been updated for 2017 and are now available in durable powder-coated steel with walnut handles.