by Ettore Sottsass, from Kartell - sale 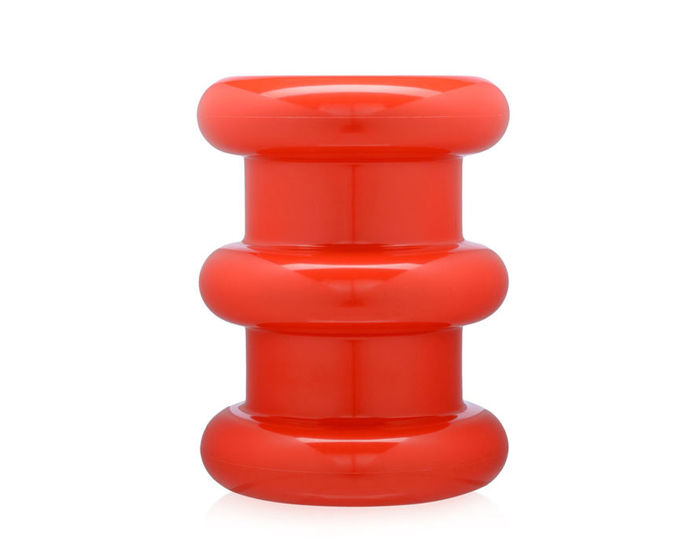 The Pilastro stool is part of the "Kartell goes Sottsass - A Tribute to Memphis" collection, launched in 2015 in homage to design guru Ettore Sottsass. Pilastro, which comes in five opaque tones (red, lilac, purple, green and black), stands out for its architectural lines and is made from mass-colored thermoplastic technopolymer. Suitable for outdoor use.