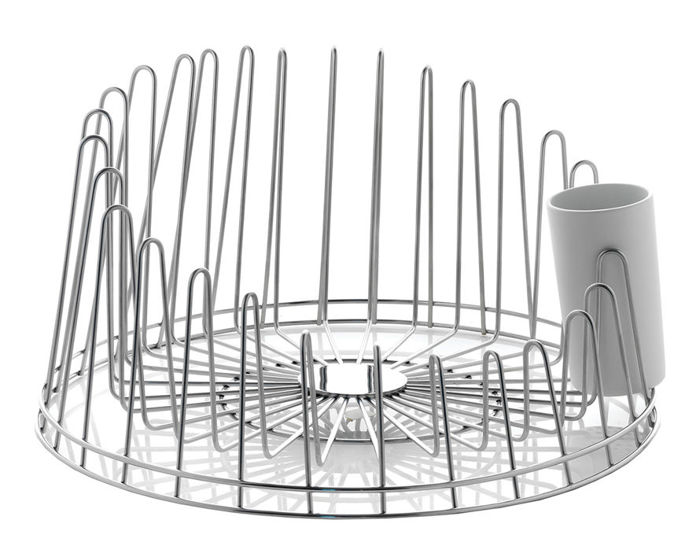 This family of projects stems from the desire to work with a very elementary material, metal wire. Today's wire industry is highly developed, even though it's a material that is often put to industrial use rather than considered for domestic purposes. The objects in the "A Tempo" family play in a crescendo of rhythm, movement, length and density. Working the wire as if it were a graphic element allowed to highlight its aesthetic qualities, creating an unusual, different language characterized by very special optical effects.