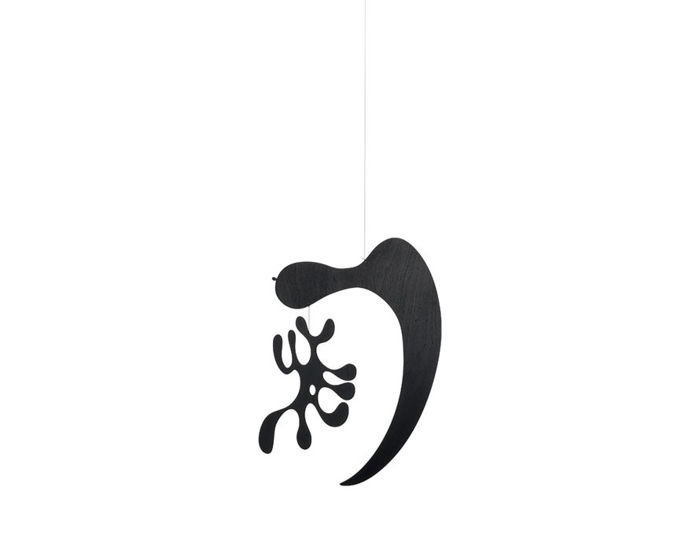 The Plywood Mobiles were created in the early 1940s in connection with a series of experiments conducted by Charles and Ray Eames for the purpose of refining their plywood molding techniques. These designs, whose shapes are strongly reminiscent of Ray's artwork and graphics, were hung from the ceiling of the Eameses' apartment in Los Angeles.

The Plywood Mobiles are offered in two configurations. Each Plywood Mobile consists of two abstract, organically shaped plywood elements, which playfully rotate around and inside one another.