by Antonio Citterio, from Flos 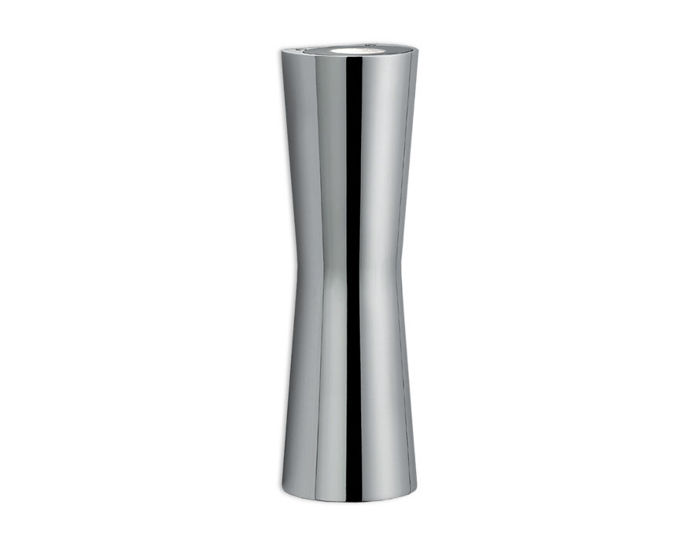 The Clessidra wall sconce offers diffused direct/indirect-light. The body is made with aluminum pressofusion with PMMA diffusers. Wall attachment is aluminum with cover in PA66. Available in white-painted or chrome-plated for indoor use and deep brown-painted or gray-painted for outdoor use. High-efficiency lenses specially designed for the application, non-replaceable. Wide range (100-240Volt) power pack integrated in the body.

Italian designer Antonio Citterio (b. 1950) still lives and works in Milan since graduating in architecture from the Politcenico di Milano. He has made designs for many manufacturers, including : Ansorg, B&B Italia, Flexform, Flos, Hackman, Iittala, Hansgrohe, Inda, Pozzi e Ginori, Kartell, Arclinea and Vitra. He operates his entirely own brand known for skilled craftsmanship in wood processing, Maxalto, under B&B Italia. The first Maxalto store opened in Paris, followed by Chicago and Miami. The company received new attention after appearing in the James Bond film Quantum of Solace. Citterio’s other work includes construction in Italy and abroad, as well as leading conferences and lectures.