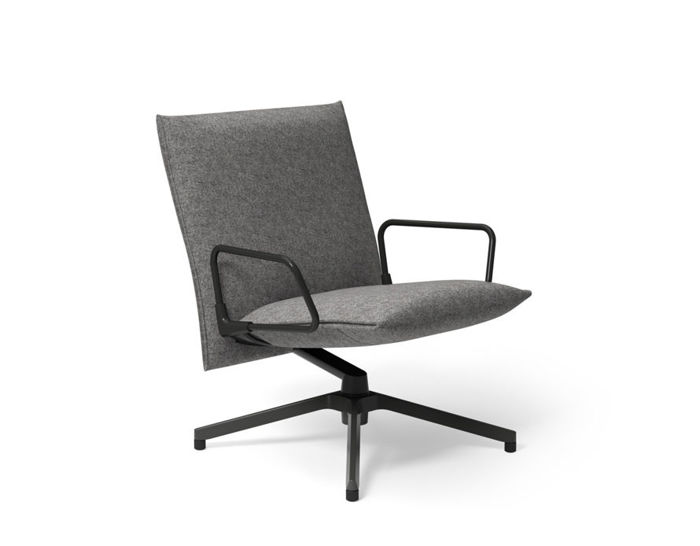 Pilot is an innovative swivel lounge chair that marries visual and material lightness with exceptional comfort. The cantilevered seat, which features a unique upholstery substructure for greater flexibility, appears to float in the air, giving the chair a refined silhouette and an essential, timeless appeal.