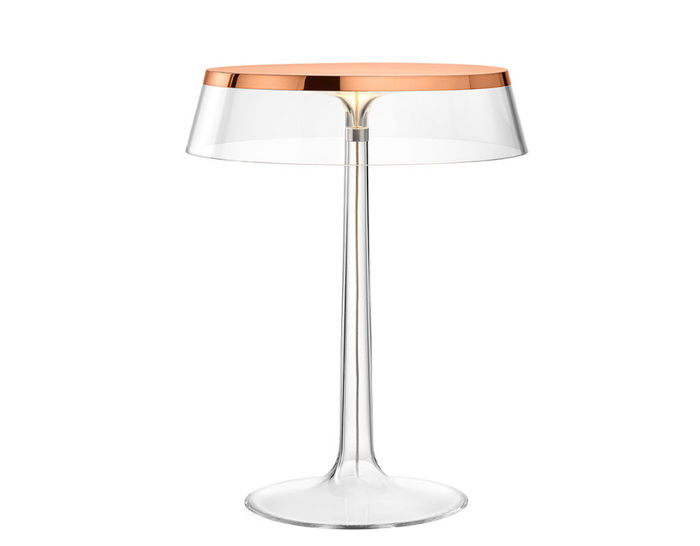 "Bon Jour is a consistent collection of light, exploring the timeless elegance of high-technology dematerialization combined with the freedom of expressing your own creativity." -Philippe Starck

Using revolutionary Leading-Edge Lighting Technology and with an integrated dimmer, the Bon Jour combines maximum performance and efficiency with visual comfort. Users are able to effortlessly control the intensity of the direct light with just one click.

This sleek and pure light can be customized according to personal tastes and styles by "dressing" it with a chrome, copper or matte white metallic plastic hat that incorporates the LED light source, and a shade available in multiple finishes and materials: amber colored injection molded plastic, which simulates the spirit of the ground glass of times past, or transparent yellow, in a more contemporary high tech style, or classic pleated fabric, or natural raffia.

Bon Jour table lamp makes full use of LED technology for maximum performance and efficiency. Equipped with an integrated dimmer, and with removable crowns, this lamp is the perfect addition to your nightstand, media console or desk.