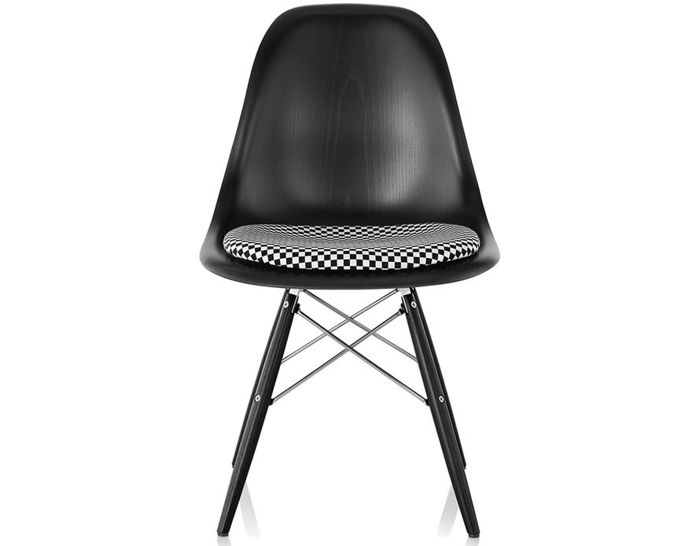 The side chair is a molded one piece construction with waterfall edges and measures .260" in thickness. The Veneered shell is available in four wood veneer finishes; White Ash, Walnut, Ebony and Santos Palisander. The dowel base is offered in either maple (white glides), white ash (white glides), ebony (black glides) or walnut (black glides). The seat pad comes affixed to the Eames Molded shell and available in a variety of fabric or leather options.