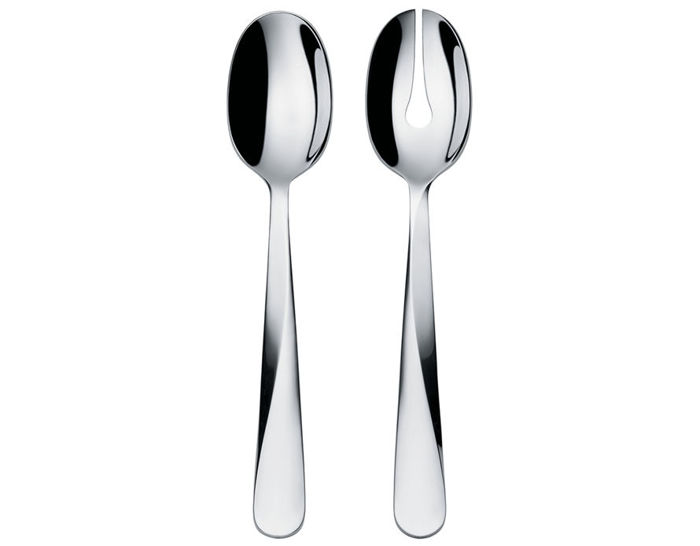 In the Giro cutlery set UNStudio has used the architectural twist, that is a key feature in the design of a number of their projects and now adapted and transformed into a tactile framework on the human scale, one that is directly related to the body and to touch. In the Giro cutlery set a twist originates from the point where the handle transforms into blade and graduates along the length of the utensils. The ergonomic silhouette that is created by a gradual transformation effects a dynamic motion frozen in solid material and presents a balance between the modern and the classical. The Giro collection is able to make every table special and unique.