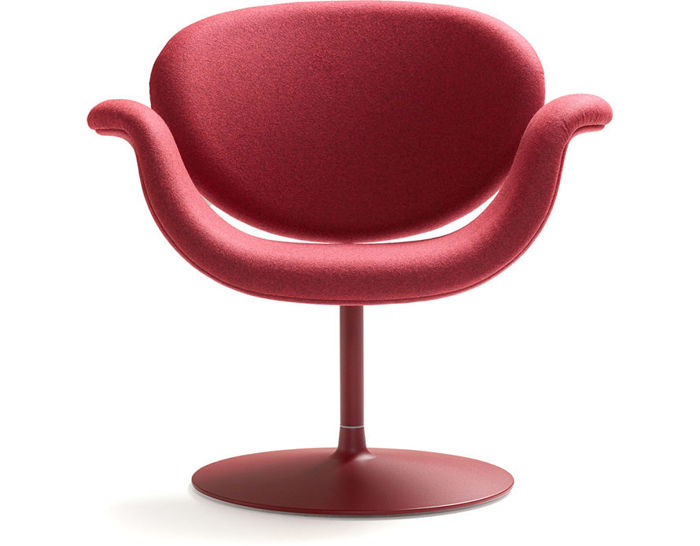 Design Pierre Paulin, 1960/2016
Upholstered shell, powder-coat or polished aluminum base
Made in The Netherlands by Artifort

The Tulip Midi was the missing member of the Tulip family for a long time. The armchair was designed by Pierre Paulin in 1960 and now completes the series. In terms of its dimensions, this midsize armchair is the perfect equilibrium between the Little Tulip dining chair and the large Tulip armchair. The Tulip Midi, at the time known as 'F549,' can be specified with a cross-base or disk-base.

Disk base can be specified in a variety of powder-coat colors or polished aluminum. Back/seat fastening and tube in chrome. Disk is delivered standard with a felt ring at the underside.