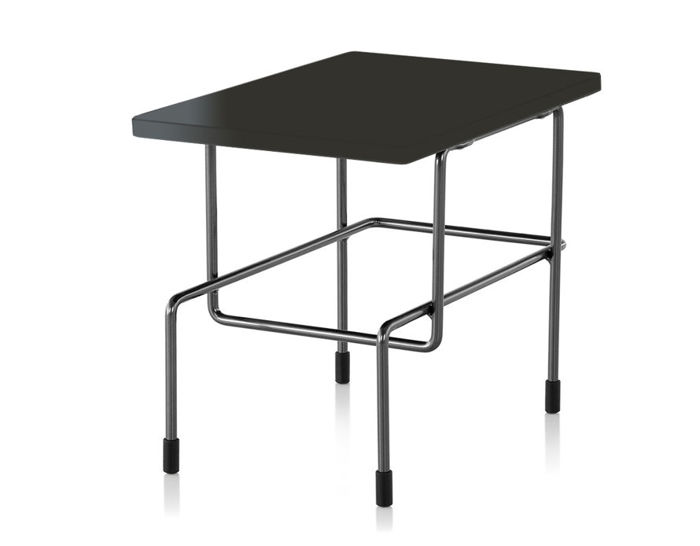 Traffic is a collection of furniture using steel rod and upholstery. The correlation between the three-dimensional line drawing of the metal rod and the geometric volumes of the cushions marks a significant shift from the common connotation of wire furniture. The unassuming simplicity of its conception imparts a pleasant casualness. The refinement of detailing and carefully tailored proportions stimulate a resounding elegance. The inherent logic of construction creates a formal grammar which allows for a number of functional declinations to form the Traffic collection: an armchair, a two seater sofa, a small bench (which also serves as ottoman), a chaise longue and tables.