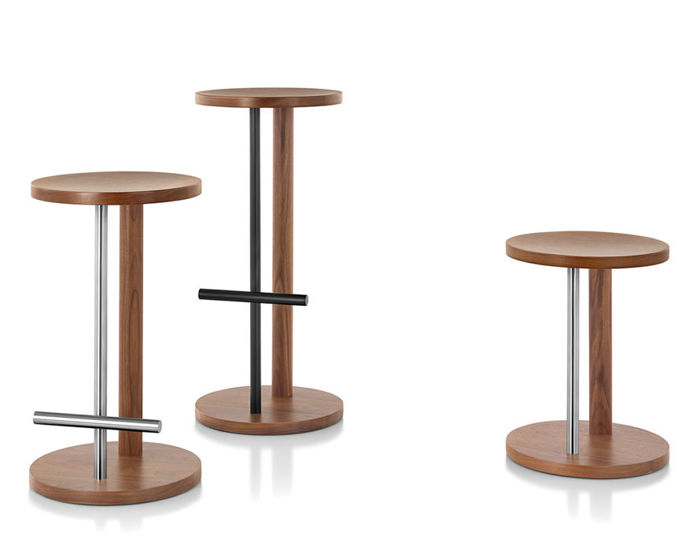 A deconstructed cylindrical shape refined to its bare essentials, the Spot Stool designed by Michael Anastassiades has a purity of form and an honesty of materials that have become the designer's signature. A circular seat and base are held together by two parallel legs in the kindred pairing of wood and metal.

Offered in a variety of wood and metal finishes, as well as three heights, with the two tallest outfitted with a crossbar footrest, Spot Stools bring an austere sense of elegance to an interior.