by Jehs+Laub, from Herman Miller ® 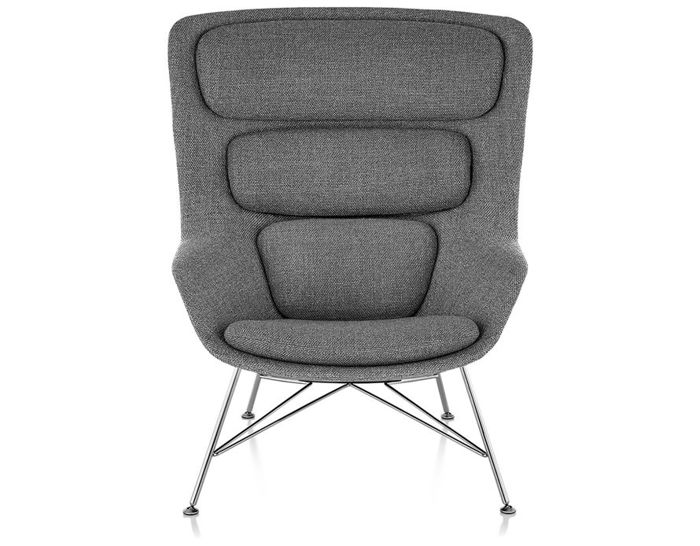 A rigid outer shell provides the foundation of the Striad collection. The Inner shell is made with a combination of natural fibers, such as hemp, flax, jute, and sisal with thermoplastic polymers. The fabric is layered with individually upholstered dual-density foam cushions provide the softness people expect of a lounge chair. The shell and cushions can be specified in contrasting textiles, or the same textile for a consistent look.