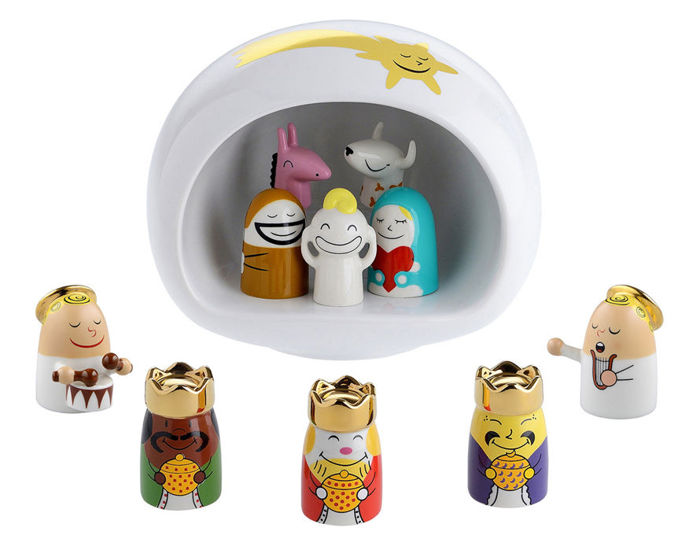 The hut and the characters, imaginative Christmas decorations, are part of the project Figure and of the family of Crib characters designed by Massimo Giacon. The Presepe (Nativity scene) looks like the gathering of a hodge podge of characters, a mix of different races. It is all pervaded by a certain air of happiness and optimism.


$230.00 + free shipping
(in-stock items usually ship in 1-2 business days. Otherwise, please allow approximately 3 weeks for delivery.)
there are no reviews of this product yet.