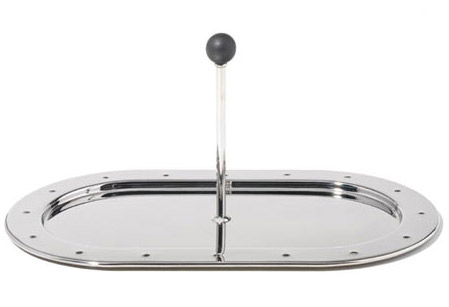 The MG34 oval tray was made by drawing and then trimming the edge. It is designed to carry the 9097 sugar bowl, the 9096 milk jug and two coffee cups. It incorporates an eye-catching central handle with a black knob. The MG34 is a perfect addition to your Graves collection and completes the vast family of objects designed by him for Alessi.