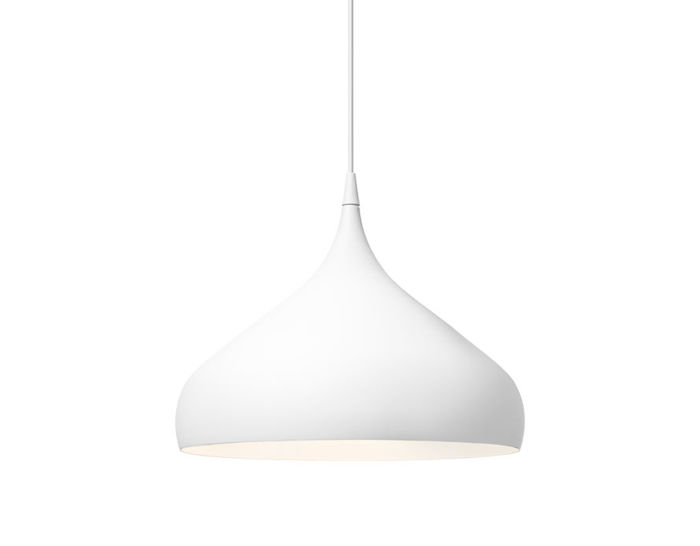 By reaching beyond the borders of Denmark, &Tradition found young UK designer Benjamin Hurbert's Spinning Light to be just the right blend of sexy design with a clean Nordic look. Inspired by the spinning top, these aluminum pendants are lathe-spun in the manufacturing process, retain that sense of movement in their curvature and sleek lacquered profile.

Benjamin Hubert, only 25 years old in 2010, has already captured the recognition of many awards, including the Elle Decor Young Designer of the year and a British Design award in 2009. Hailed by &Tradition as a new classic, by a powerful new designer, the Spinning light has already been noticed by buyers in the US even prior to its release in April 2010.

Spinning light features a spun aluminum diffuser in matte black or matte grey and is offered with a 13' PVC cord in matching color.