by Jasper Morrison, from Magis 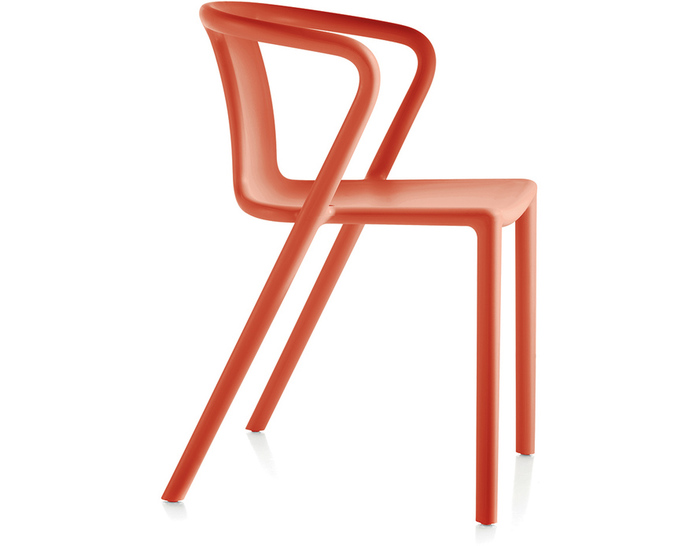 A form true to Morrison's modern style, the Air collection brings together the meaning of form & function. A versatile, lightweight and airy collection. Available in a variety of colors to accomodate any environment, indoors or out.

The Air collection includes stacking & folding chairs along with tables of various heights and uses.

Air armchair is sold in sets of four of the same color.